What’s Next for Cryptocurrency 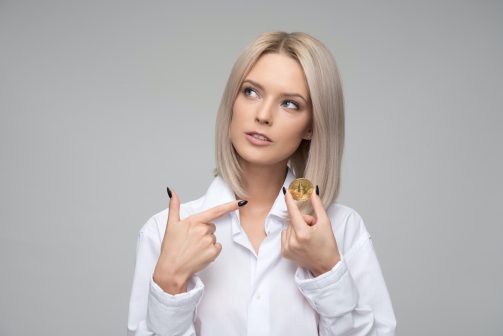 Cryptocurrency has become a global phenomenom in recent years, although much is still to be learned about this evolving technology. There are many concerns and worries swirling around the technology and its capacity to disrupt traditional financial systems.

Joseph A. Grundfest, professor at the Stanford Law School, recently sat down to discuss how cryptocurrency is currently being used, where mistakes have been made, and what the future holds for this technology. As a former commissioner of the Securities and Exchange Commission and expert on financial systems, Professor Grundfest is in a unique position to comment on the future of cryptocurrency.

Supporters of Bitcoin and other cryptocurrencies claim that these financial platforms are inherently trustless systems – that is, they’re not directly tied to any nation-state, government, or body. They would argue that cryptocurrency is superior to traditional physical currencies because it is not dependent on, for instance, the U.S. federal government.

Grundfest notes that regardless of whether you think that’s a good or bad thing, it’s not entirely accurate. Cryptocurrency aren’t really trustless at all. They are still reliant on the underlying infrastructure powering cryptocurrencies like Bitcoin, much of which is located in China. The Chinese government could theoretically make changes to cryptocurrencies at a fundamental level by imposing its will on the data miners who keep them running.

Facebook’s contribution to the cryptocurrency world — Libra — has been hyped in some corners as the answer to a variety of financial issues. In particular, the platform was designed to facilitate international payments and eliminate unnecessary transaction costs and fees.

READ  The History of Business

Professor Grundfest concedes that the goal is admirable, but he believes that the approach is deeply flawed. He doesn’t see introducing another cryptocurrency as the right solution for minimizing payment transactions, and he doesn’t agree with Facebook’s attempts to circumvent traditional banking systems entirely.

Instead, Professor Grundfest argues that a better approach would have been for Facebook to create its own bank that could act as a primary financial institution for its users. The company could have focused on building banking systems customized to each nation or region, addressing regulatory demands and driving down costs. Once those had been established and public trust was built, then it would make sense to simply link each one to create a global network.

Stable coins have grown in popularity as a way to back cryptocurrency with assets that hold real value, much in the same way U.S. currency used to be on the gold standard. Those assets could be other currencies or commodities — virtually anything, really.

There are a couple of issues Grundfest has with this approach. For one, it essentially recreates a system that already exists. The other concern is that it could make it easier for people to commit fraud since it’s not as easy to audit and monitor as traditional currencies.

Professor Grundfest closed the webinar covering some of the stronger applications for cryptocurrency. For instance, people living in countries with weak currencies may be better off investing in Bitcoin than buying local stocks and bonds.

Cryptocurrency’s future outlook is still very much in question. Proponents see limitless potential, while critics see nothing but risk. Professor Grundfest remains a skeptic, but he does concede that there are certain applications where cryptocurrency is a viable solution.

READ  How to become a web developer
The History of Business →